Wanna get in touch? Let's talk

Branko knows what it takes to compete at the highest level, having played professionally for 16 years.

His career included four years at Serbian powerhouse Red Star Belgrade and this led to a move to the Chinese Super league with Beijing Guoan FC where he won the league's Most Valuable Player and Golden Boot with 21 goals in 2005. Following his time in China, he returned to Europe to play in the German Bundesliga with FC Energie Cottbus before finishing his professional career at Perth Glory, where he played 33 matches. During his career he scored goals against some of the world's biggest teams such as Real Madrid FC, FC Bayern Munich, FC Red Star Belgrade. As a coach he was involved with Perth Glory FC from youth team to the first team his speciality was working with the attacking players.

In such diverse roles as: coach, psychologist and football analyst. He has worked as a member of coaching staff at a number of professional clubs in Europe, as well as being the Nigerian Football Team attache at the 2000 Sydney Olympic Games. Recently, Adi has been involved with the Bosnian national team, including international friendly wins against Switzerland and Luxembourg in March 2016. Prior to joining Subiaco he was the Technical Director and Head of Youth Development at Bayswater City Soccer Club.

or give us a call!

or send us mail on jjft@mail.com

Are you ready to play? 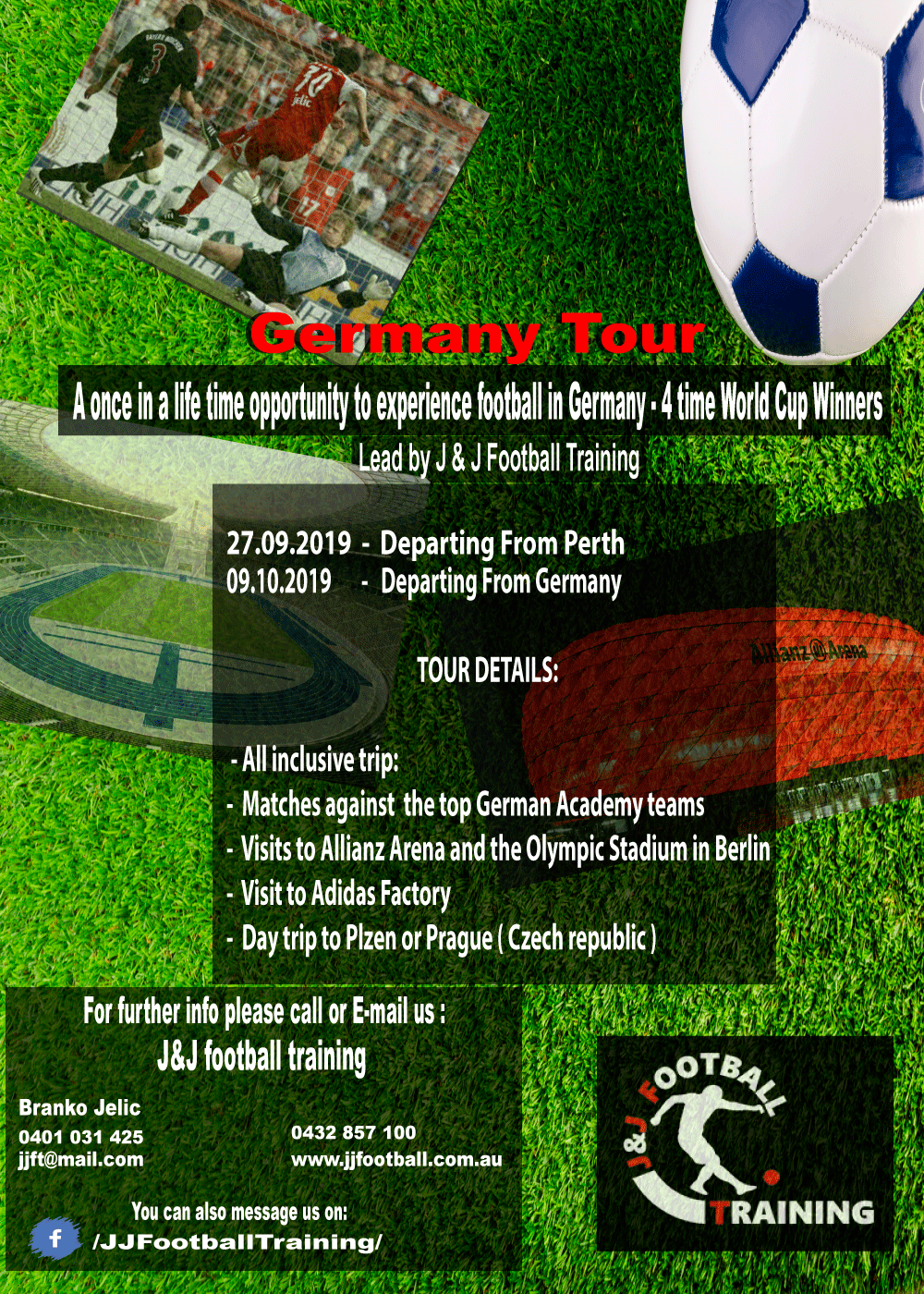